Domestic abuse is any form of abuse that occurs between and among persons related by affection, kinship, or trust. It can happen to children, youth, adults or elders of all ages and walks of life. Domestic abuse between spouses or intimate partners is when one person tries to control the other person. The perpetrator uses fear and intimidation and may threaten to use or may actually use physical violence. Domestic abuse that includes physical violence is called domestic violence. Domestic abuse is not a result of losing control; it is intentionally trying to control another person. The abuser purposefully uses verbal, nonverbal or physical means to gain control over the other person.

Physical Abuse
Domestic violence is a pattern of behavior used to establish power and control over a person the batterer is in an intimate relationship with. Physical abuse is forceful behaviour that can result in injury to another person. Beatings are used to control the victim. The abuse rarely happens just one time, and usually forms identifiable patterns that may repeat more and more quickly, and which may become increasingly violent. The cycle of violence and its characteristics are unique to each situation, but generally have three phases as illustrated here. Cycle of Violence

Go to the main 'RESOURCES' tab on this website to see a full range of Power and Control Wheels.

Physical abuse can include:

Verbal / Emotional / Psychological abuse
Emotional and psychological abuse encompasses various tactics to undermine an individual's self-confidence and sense of self-worth, such as yelling, mocking, insulting, threatening, using abusive language, humiliating, harassing and degrading. It can also include deprivation of emotional care, and isolating the individual being targeted.

Financial / Economical abuse
Financial abuse occurs when one individual attempts to take total or partial control of another's finances, inheritance or employment income. It may include denying access to one's own financial records and knowledge about personal investments, income or debt, or preventing a partner from engaging in activities that would lead to financial independence.

Neglect
Neglect is defined as a caretaker's failure to provide for a dependent person's basic needs. Neglect may be:

It is important to remember that cultural values may be different, and that this may contribute to a perception of neglect. Standards of care in a community, poverty, addictions and other factors may contribute to neglect, and may indicate that a family is in need of assistance or information. When a family fails to use information and resources, and the dependent person's (e.g. child, elder or disabled individual) health or safety are at risk, intervention may be required. All suspected child neglect situations should be handled by the Ministry of Children and Family Development. In Smithers, call 847-7727.

Ritual abuse
Ritual abuse is defined as a combination of severe physical, sexual, psychological and spiritual abuses used systematically and in combination with symbols, ceremonies and/or group activities that have a religious, magical or supernatural connotation. Victims are terrorized into silence by repetitive torture and abuse over time and indoctrinated into the beliefs and practices of the cult or group. Ritual abuse may be linked to Satanism or devil worship.

Spiritual and religious abuse is also abuse done in the name of, brought on by, or attributed to a belief system of the abuser, or abuse from a religious leader. This can include Priests, Ministers, cult members, family members, or anyone abusing in the name of a deity or perceived deity. Spiritual or religious abuse can find its way into every religion and belief system that exists. It may encompass many other forms of abuse, especially physical, sexual, emotional, psychological and financial.

Criminal Harassment / Stalking & Cyberstalking
Stalking is harassment of or threatening another person, especially in a way that haunts the person physically or emotionally in a repetitive and devious manner. Stalking of an intimate partner can take place during the relationship, with intense monitoring of the partner's activities, or it can take place after a partner or spouse has left the relationship. The stalker may be trying to get their partner back, or they may wish to harm their partner as punishment for their departure. Regardless of the motive, the victim fears for their safety.

Stalking can take place at or near the victim's home, near or in their workplace, on the way to any destination, or on the internet (cyberstalking). Stalking can be on the phone, in person, or online. Stalkers may never show their face, or they may be everywhere in person. Stalking is unpredictable and should always be considered dangerous. Stalkers employ a number of threatening tactics:

Cyberstalking is using the internet or email to harass another person. It is deliberate, persistent and personal. It may be done in addition to other forms of harassment, or it may be the only method the user employs. A cyberstalker's message may be disturbing and inappropriate, and requesting the messages stop will not stop them from coming. Often, the more you protest or respond the more rewarded the cyberstalker feels. The best response to cyberstalking is no response at all. Cyberstalking can advance to physical stalking and violence.

Harassment can end in violence whether or not the harasser/stalker threatens violence. Please look at ourRESOURCES tab and click on the links to 'Wired Safety' and' Working to Halt Online Abuse' for more information on the dangers of online communications and steps you can take to both avoid and eliminate it.

Quick Tips to Being a Critical Internet User:
Limit what personal and private information you share online in your signature, bulletins, forums, profiles and chat spaces

Dealing with Unwanted E-Communication:
Print the note and your reply indicating that emails need to stop (to document for RCMP)

Block sender (feature in your email program)
Contact your Internet Service Provinder who can then act by: 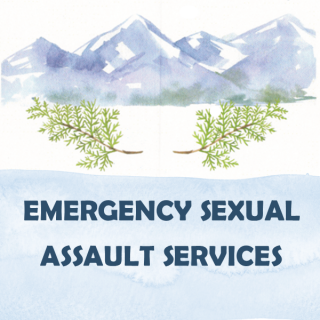