For information about the effectiveness of traditional handling of domestic violence in the criminal justice system, and alternatives to conventional criminal courts, download these documents:

World Conference on Prevention of Family Violence 2005
Access Denied: The Barriers of Violence & Poverty for Abused Women and their Children After Separation 2006 (PDF)

Bulkley Valley Lakes District Domestic Violence Court Response (DVCR):
2005-2008
Beginning in 2004/2005, and led by Judge Jack, interested criminal justice agencies and individuals in the Bulkley Valley Lakes District developed a Steering Committee and began exploring the Domestic Violence Court concept. Each community - Hazelton, Smithers, Houston and Burns Lake - has a local steering committee comprised of representatives from various stakeholder agencies. These committees channel feedback upward to, plus receive information back from, a regional BVLD DVC Response Steering Committee that will oversee the development and maintenance of Domestic Violence Courts in each community - the base goal of the project.

The BVLD DVCR Steering Committee is a decision-making, overseeing body, and is comprised of community reps including agencies with counselors in the domestic violence field, First Nations reps, representatives from RCMP, Ministry of Children and Family Development, Crown Counsel, Community Corrections, Defense counsel, and the Judiciary.

While there are many possbilities around what a Domestic Violence Court might look like, in a nutshell they can all be considered 'problem-solving courts.' They are not a diversion from the criminal justice system, but instead an option that can be taken by those offenders who choose to take responsibility for their actions. Through the Domestic Violence Court, an offender who chooses to plead guilty very soon after being charged will be entered into a process where both he and the victim will be offered a variety of supports including specialized counseling. This fast-tracked process will be directed and overseen by criminal justice system participants including a judge, as well as other appropriate community supports like  stopping the violence counselors, First Nations organizations, children's counselors, drug and alcohol counselors, victim services, mental health workers, etc.

The DVC Response committee recognizes the challenges to receiving government approval for a Domestic Violence Court process as quickly as we would like. We will continue to keep this our base goal, but will also work at many levels in our community to find ways to keep women and children safer. All of the resulting projects are part of our 'response'.

In August 2008/2009, a Progress Report was put together that outlined the BVLD DVC Response Steering Committee's work to date. PROGRESS REPORT

In early 2009 one of the agencies involved in the Steering Committee, Northern Society for Domestic Peace, obtained funds to bring Risk/Threat Assessment training for RCMP officers to the community in May 2009. This one day training in risk and threat assessment around domestic violence is based on the B-SAFER tool which was co-developed by Dr. Stephen Hart. It is Dr. Hart who was the trainer in Smithers. RCMP from our four communities were invited, as well as the steering committee members and other interested agencies such as MCF, Mental Health, Probation, etc.

Other existing protocols in our community that tie into the collaboration and coordination of the Domestic Violence Incident Investigation protocol are:

In early 2009 the steering committee expressed interest in the coordinator taking some kind of role in working together with Community Policing to establish a Court Watch that is focused on domestic violence.

The focus of Court Watch is to observe and gather data on domestic violence files as they progress through the Criminal Justice System, with a goal of using our findings for educational purposes in the community. This will serve to both demystify the criminal justice system and how it works, and illuminate the social problem of domestic violence. 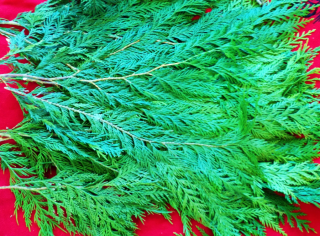